Seeking Cats to Track in Kingborough 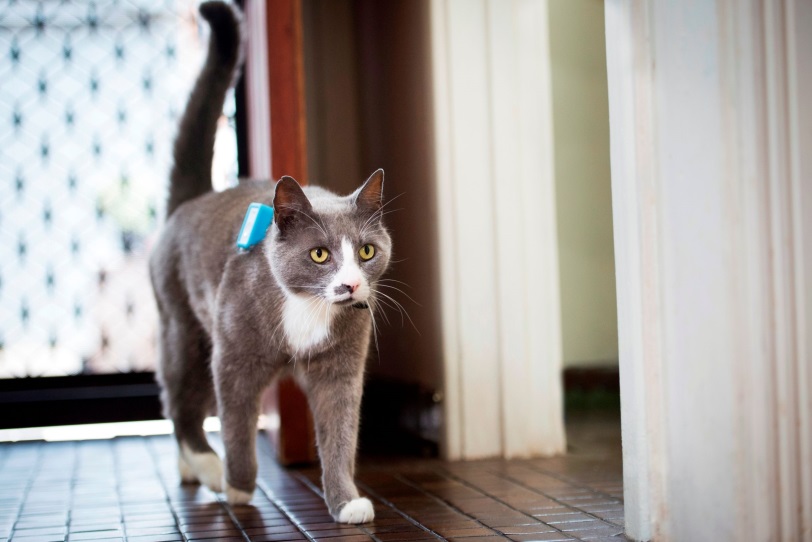 A national Cat Tracker project is coming to Tasmania, and Kingborough residents are now invited to apply to be part of this innovative scheme.

Cat Tracker is run by the University of South Australia to learn about the roaming behaviours of pet cats and aims to assist cat owners make decisions about their cat’s care and welfare. A light-weight GPS tracker is attached to the cat’s collar or harness and their movements are recorded over a 24-hour period, which is then downloaded and displayed on a map. The information helps owners to check on their cat’s safety by seeing if they are roaming near roads, identifies their favourite hiding spots, and discovers if they are visiting neighbours for extra treats.

Council is supporting the Cat Tracker project this year and is seeking participants. We are looking for cat owners to interview and for cats to track in the Kingborough municipality. Information about the project can be found on the Cat Tracker website and people can apply by completing the cat owner survey. If you are interested in being involved and wish to discuss the project in more detail, contact Kaylene Allan at Kingborough Council on 6211 8255 or email kallan@kingborough.tas.gov.au.

The South Australian project tracked over 400 cats and interviewed more than 3,000 cat owners and a few of the interesting findings include: 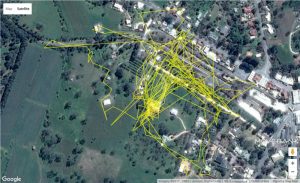 An example of the map tracking a cat over five days

WIN News interviewed a cat owner who is part of the Cat Tracker project, and who was surprised by where her cat had been!