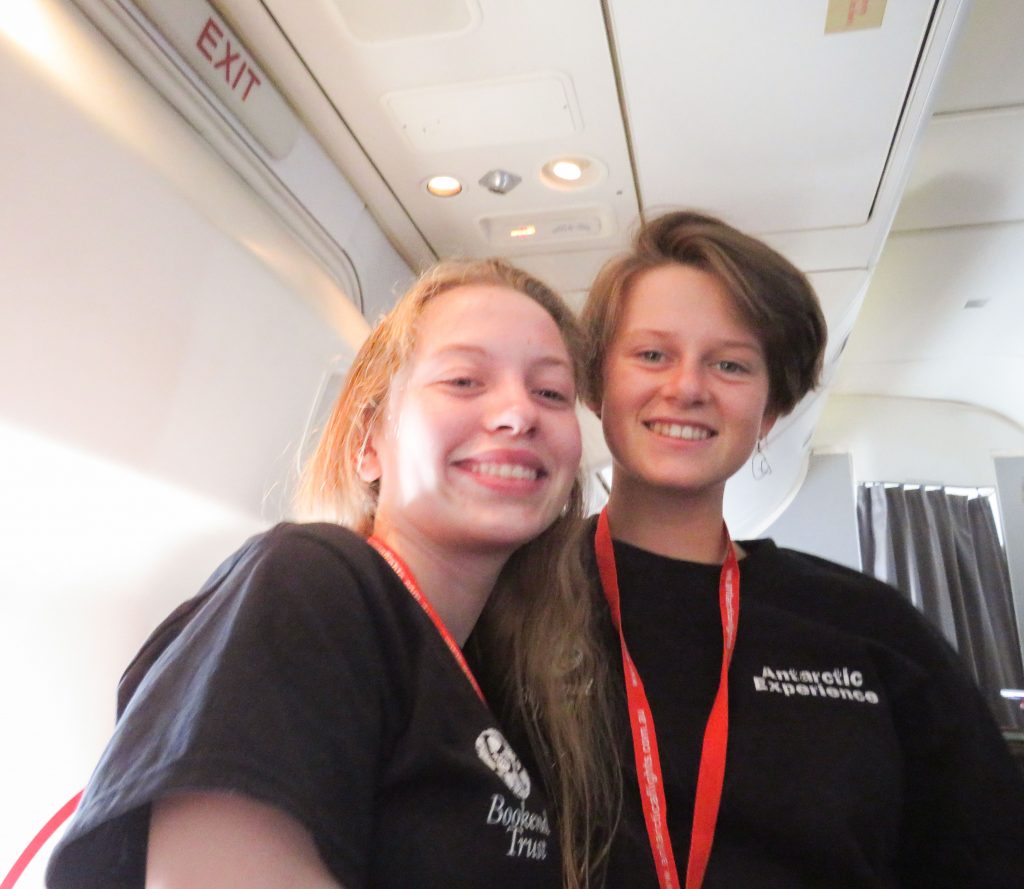 Annwen Roberts and Jessica Pursell from Taroona High School have had an inspiring and life affirming experience following their success in Council’s Antarctic Experience program.

Their experiences have affirmed their passion to work within the fields of climate change and environmental and Antarctic Science.  Here are their stories of the experience, in their words.

We are delighted this experience has had so much impact on them both and wish them both every success in the future – we have no doubt they will go very far.

I participated in the Antarctic Experience program first and foremost because I wanted an opportunity to engage in discourse about climate change. As Antarctica is a major role player in how climate change will affect the world’s ecosystems, I thought the competition would be a brilliant avenue to talk about climate change to a wide range of audiences. Additionally, it was a perfect incentive to explore Antarctic sciences, as it had been something I was interested in but didn’t know much about. In researching for the competition, I interviewed ice shelf glaciologist Dr Sue Cook to further my knowledge of her area of study, and from that gained a new interest in science and context for how other areas of study can be explored on the continent. I mention this because one of the highlights of my “Antarctic Experience” was preparing for it – the research involved, learning new things about science I hadn’t realized before.

The competition prize was an experience over four days, two in Tasmania and two in Melbourne, with tours of research facilities like the AAD, CSIRO and IMAS. We learned about varying fields of science explored on the continent with researchers, visited labs and talked about our research with Dr Nick Gales, head of the AAD.

This conversation with Dr Gales was certainly a highlight, given that his position and authority in Antarctic science gave an insight into the politics and general logistics of conducting research on Antarctica. More highlights for me in terms of the research facilities were the talks given by researchers at IMAS. In particular, I enjoyed learning about geochemistry from Dr Taryn Noble. It was an area of study I found incredibly interesting, and some of Dr Noble’s work related to things I’d studied in preparation for the competition, such as examining the role ocean circulation plays in the melting of glaciers and ice shelves.  The whole experience of being able to talk to people who are so passionate about discovery, science and understanding was very inspiring, as well – personally, I believe this pursuit of knowledge and understanding is a societal necessity – this continual questioning is what makes humans progress. It was amazing to see a passion like that reflected in the researchers’ work and their talks.

The experience continued with a flight to Melbourne, going to the museum and ACMI for a day – and suddenly it was time to wake up at 6 to get to the airport for our flight, find our seats and take off. The flight travelled over the Antarctic Treaty area for 3 hours, during which we were keenly looking out for the first glimpse of ice. We talked with the interstate competition winners while we flew, amplifying our individual energy into a collective state of anticipation. The plane eventually flew down below the cloud banks and we saw what was unmistakably deeply crevassed ice – the continent. This was met with an air of electric excitement throughout the plane, as we all began to crowd around the windows. Very soon afterward the first sea ice came into view – massive slabs of ice floating off the continent like jigsaw pieces, that I can only describe as breathtakingly awe-inspiring. The same phrase applies to the rugged beauty and sloping harmony of the Trans-Antarctic alps, as well as the imposing nature of Mount Melbourne, the only active volcano on the Antarctic continent. The ice was transfixing and soon I’d forgotten about taking good photos and could only think about the way the landscape was – pure, pristine and so wonderfully foreign. We flew over Mt Minto, where the ice worked its way into the dark rock of the mountain and peaked on it in the same way children draw. There was something so peaceful, yet energetic about the mountains; a deafening energy around them that was muffled by the snow. I wanted to write in the moment, to try to record this feeling, but couldn’t tear myself away from the window. As I told WA winner Jamie, the flight solidified my thought that there is something much bigger than ourselves that we’re part of, and the pursuit of knowledge and creation of art brings us closer to that feeling. There’s so much I want to do with my life after school – music, physics, law, geochemistry, glaciology – the last two added because of this trip. I know that the desire to be on the ice will shape many of my decisions as I continue in life, and I have the Kingborough Council and the Bookend Trust to thank for this experience.

We heard from three different workers within the AAD. Dr Van Ommen gave an overview of different aspects of science that are researched and studied under the AAD, including: Climate Processes, Terrestrial Ecosystems, Southern Ocean Ecosystems, and Frontier Science. The next presentation surrounded the important idea of Antarctic voyage logistics and its role in ‘Science Support’. The winners of the Bookend Trust ‘Research a Researcher’ competition and the Kingborough competition finalists each gave a short presentation, summarising what was involved in our research and what we got out of it. After the presentations, we had a video-chat with Casey Station and were given a chance to ask any questions we had about life on Antarctica. I was then granted an incredible opportunity, along with the other winners, to speak face-to-face with the director of the AAD, Dr Gales, about the importance of young people becoming involved in Antarctic Science and the surrounding political issues. I was very grateful that he had allowed us an insight into his place of work and took the time out of his busy schedule to speak with us.

The afternoon session consisted of tours of the AAD facilities, including: research labs, tech offices, and live experiments – we got a look at the krill aquarium. They are currently interested in the effects of climate and acidification changes in the oceans and how it could affect the krill and, as a result, the entire Southern Ocean ecosystem.

Talks from Researchers, Tours of Facilities, and Link with the Investigator

The talks by the researchers were initiated by Professor Craig Johnson, head of the Ecology and Biodiversity section at IMAS, who spoke about the areas and driving ideas of research at IMAS. These included: Fisheries and Aquaculture, Oceans and Cryosphere, and Ecology and Biodiversity. Dr Noble, a Geochemist, who used samples of sediment from the Southern Ocean sea floor to gain a better understanding of how past climate systems and glacial systems worked and how they have changed over time.  Professor Williams, working in autonomous vehicles, was interested in mapping areas of concern from above using a variety of technology and software. Lastly, Professor Lea, deputy head of Ecology and Biodiversity and specialising in larger marine creatures, who’s studying changing and changed ecosystems and their present and future effects on marine life. Following the talks, we had tours of the IMAS facilities, saw devices used to drill out ice cores, and experienced Antarctic temperatures in a lab kept under twenty degrees Celsius.

After lunch, we moved to CSIRO where we learnt about the research vessel the Investigator and other related topics that concerned CSIRO. We had a video-chat with the researchers on-board the Investigator; learning more about their lives while on-sea and developing projects. We toured their facilities, learnt about important engineered technology created on-site to aide their research and viewed the National Australian Fish and Algae Collections.

The flight was everything I had expected, while also being so completely different. I was most worried about having to sit on a plane for such a long period of time. However, this could not have been further from reality. The first couple of hours I spent chatting to the wonderful people I had met on the trip and waiting excitedly for an announcement that cued Antarctic sights. There were a group of physics students from Melbourne University on-flight, who had set up some educational material very close to where we were situated on the plane. They told us lots of information about earth’s magnetic field in relation to the south pole, what devices they had set up, and what they expected to find out.

Soon enough, we were flying above the ice continent. I sat around a window with a few friends, each of us anticipating the view. It took a while to finally spot ice, as a result of the numerous layers of clouds we flew through, but the wait was well worth it.

The pilots did a superb job to allow every person a spectacular view. We flew from the edges of Antarctica’s coast line, dotted with sea-ice and glaciers, to valleys, mountains, and even beautiful marks in the ice; from it stretching over time. It was always exciting to see which knew sight would be visible when the plane dipped on the side my window was situated. My favourites included the Transantarctic Mountains and Mount Melbourne. It was amazing to see how mountainous Antarctica really is. The experience I had was incredible and even hard to explain in words.

This competition has allowed me to grasp an unparalleled understanding about Antarctica and the researchers and other workers who spend their lives devoted to learning and managing aspects of its Science. I was able to combine developing research and presentation skills, with my enthusiasm and passion surrounding environmental and Antarctic Science. It was very inspiring and eye-opening to learn about the vast variety of different studies and work that fall under Antarctic Science and the amount of collaboration: locally, nationally, and even internationally, important in the quest to preserve and learn more about Antarctica. This experience was made even more amazing with the flight over Antarctica, which is something I will cherish for the rest of my life. I feel even more interested in pursuing my own research and studies into Environmental and Antarctic Science. I am very grateful for the opportunities the Kingborough council and Bookend trust have granted me. Thank you.

The program is a collaboration between Council, the Bookend Trust, AAD, IMAS and CSIRO. 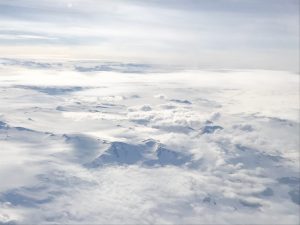 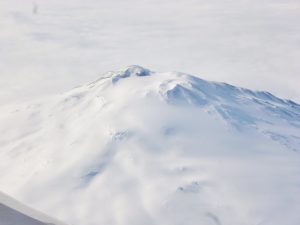 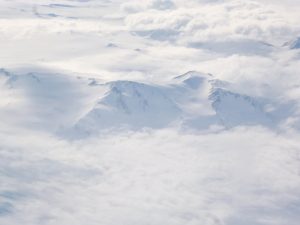 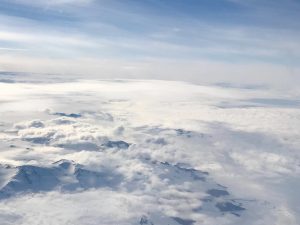 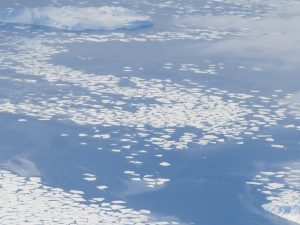 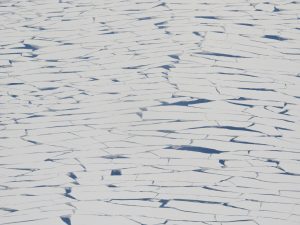 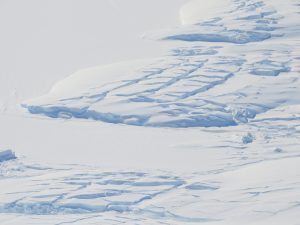