Doing Nothing Does Harm 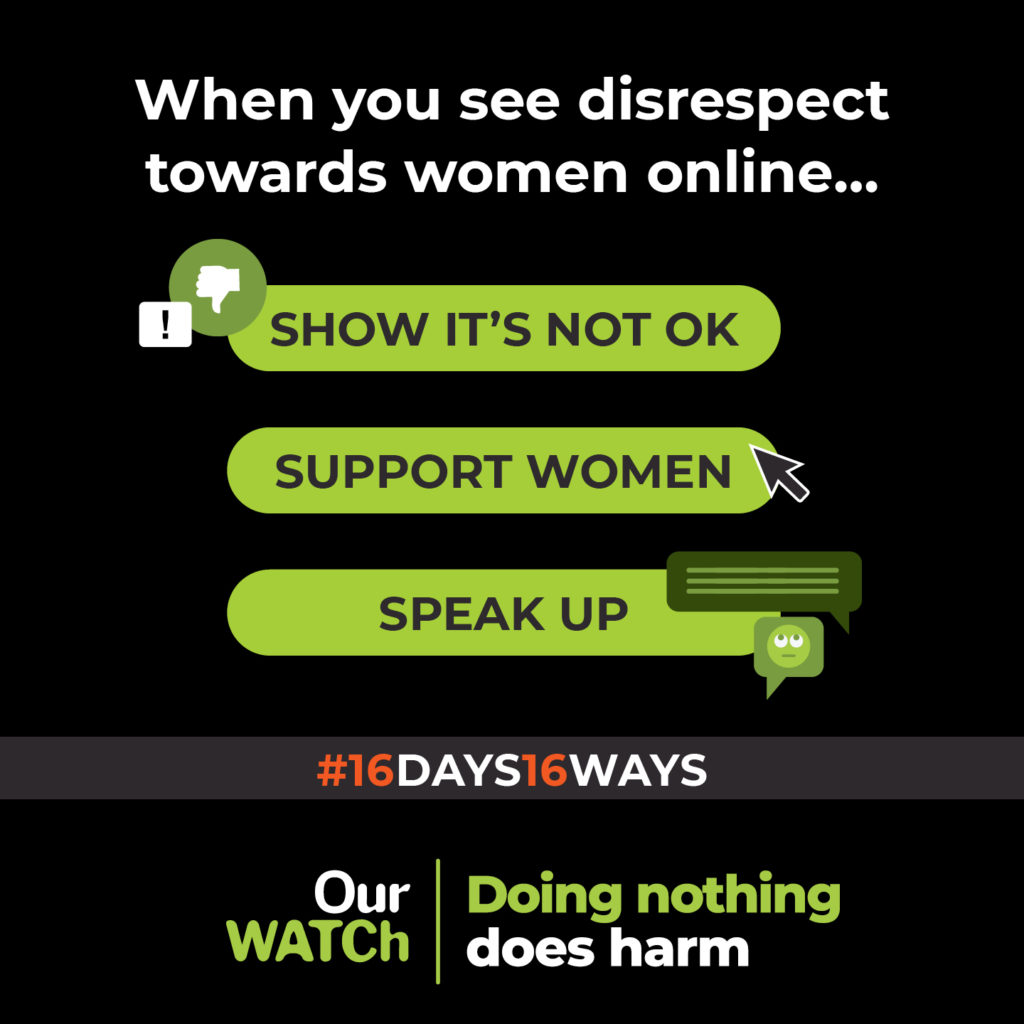 Kingborough Council is joining Our Watch to promote a campaign against sexism and disrespect towards women.

The Mayor of Kingborough, Cr Dean Winter has pledged his support for the campaign and has joined with other greater Hobart mayors to highlight the gender equality message.

“I am proud to support this campaign,” said Cr Winter.

“Council will be sharing the campaign messages across 16 days of activism to share real stories and provide advice on how we can all do something when we see women being disrespected.”

One of the key messages of the campaign is that there are different ways people can do something when they see disrespect towards women. The actions are the three Ss: Show disapproval, Support women and Speak up.

An initiative of Our Watch, who is a national leader in the primary prevention of violence against women and their children in Australia, the campaign was developed in response to research that showed only 14 per cent of Australians do something to stop disrespect towards women but 79 per cent of Australians want practical tips about ways to call it out.

In February 2000, the United Nations officially designated 25 November as the International Day for the Elimination of Violence Against Women, inviting governments around the world to raise public awareness about the ongoing impact that violence against women has on individuals, families and the community.