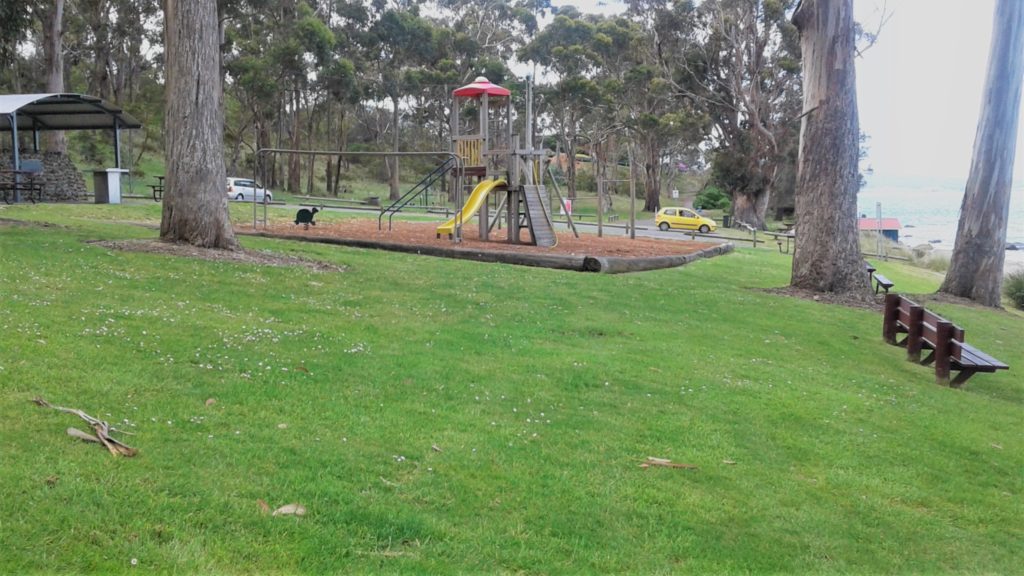 The iconic gum trees in the park behind Taroona Beach are much loved by locals and visitors alike. The group of blue gums provide shade and protection and are a beautiful backdrop to the foreshore.   The blue gums also have significant conservation value, not only for their capacity to provide hollows for wildlife to shelter but also because their flowers are a key food source for the critically endangered swift parrot which is regularly seen in the area.

In recent years, routine assessments of these trees have indicated signs of stress, partly due to their age and environmental changes.  As the trees naturally move towards the end of their lifespan, changes in their structure may lead to branch failures. To enable the retention of the trees in the park for as long as possible and still ensuring public safety, Council has come up with an approach to maintain the tree cover into the future. Over the coming months, you will notice some changes in the park.

The landscaping will involve replacing the lawn beneath the target trees with a mix of native grasses. To create the new garden beds the turf will be sprayed and mulched prior to planting, and temporarily irrigated until the plants are established.

“Taroona Environment Network applauds the initiative of Council to plant garden beds of native grasses beneath some of the older blue gums. This strategy will help protect park users by moving people away from being directly beneath the trees’ canopies and improves the biodiversity of this foreshore area. It’s also great to see Council plant a new generation of our beloved blue gums in the park as future habitat for swift parrots” says Fiona Rice, convenor of the Taroona Environment Network (TEN).

Over the coming years, Council will also need to carry out maintenance work on the trees and may remove trees if their condition becomes hazardous and they are no longer suitable for this popular location. Council is committed to maintaining the trees in the park for as long as possible given their contribution to the amenity of this special beachside area.

For more information on this project contact Council’s NRM team on 6211 8200.