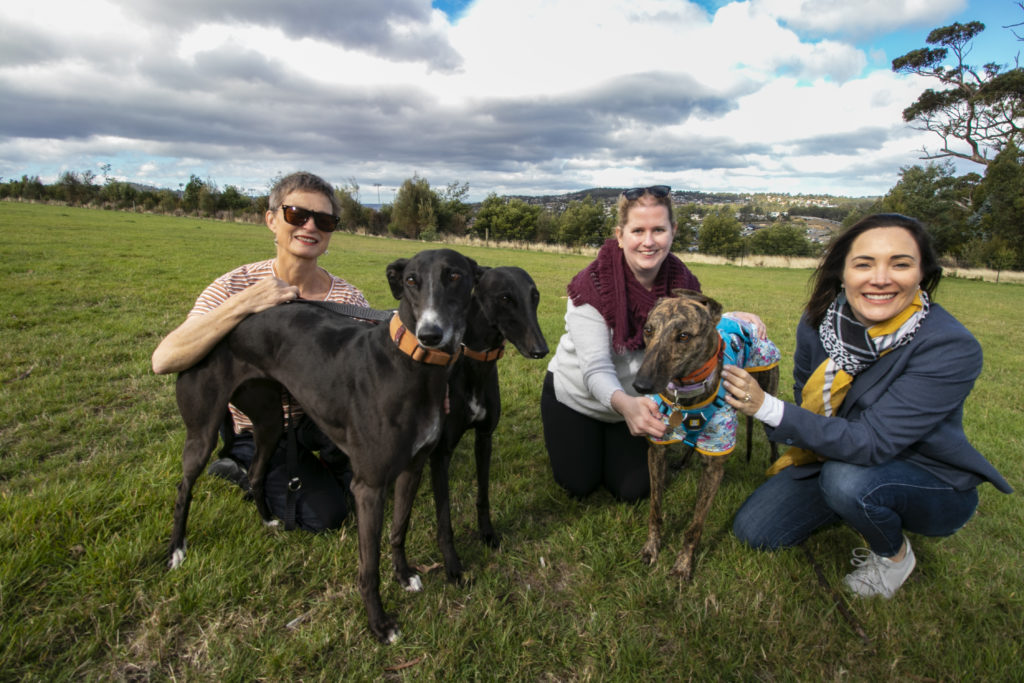 The Kingborough Council is inviting public submissions on a dedicated greyhound exercise area at its Kingston View Drive Dog Park.

Acting Kingborough Mayor, Jo Westwood said the establishment of a specific area for greyhounds would give their owners the freedom of exercising their dogs off-lead.

“In Tasmania greyhounds are restricted to exercising on a lead in a public space as part of the Tasmanian Government’s Dog Control Act 2000,” Cr Westwood said.

“Greyhounds can only be exercised off-lead in areas that have been specifically declared by councils.

The proposed space at the Kingston View Drive dog exercise area is approximately 51 metres long by 49 metres wide. It would be fenced, with a maintenance gate and barriers within the space to break line of sight and restrict speed.

Julia Smith, a Moonah resident, said she was prepared to travel to Kingston to use the greyhound-only area.

“I hope other southern Councils take note, as it would be great to have more places where greyhounds can run free like other dogs.

Fiona Masters, a Kingborough resident said she didn’t agree with greyhound only parks because they had the possibility of perpetuating the myth that greyhounds were dangerous.

“In the absence of legislation that allows greyhounds off lead, this is the next best thing and I congratulate the Kingborough council for doing this,” Ms Masters said.

Information concerning the proposed exercise area can be found here

Anyone wishing to make a submission can do so by emailing kc@kingborough.tas.gov.au or writing to Kingborough Council, Civic Centre, 15 Channel Hwy, Kingston, 7050.