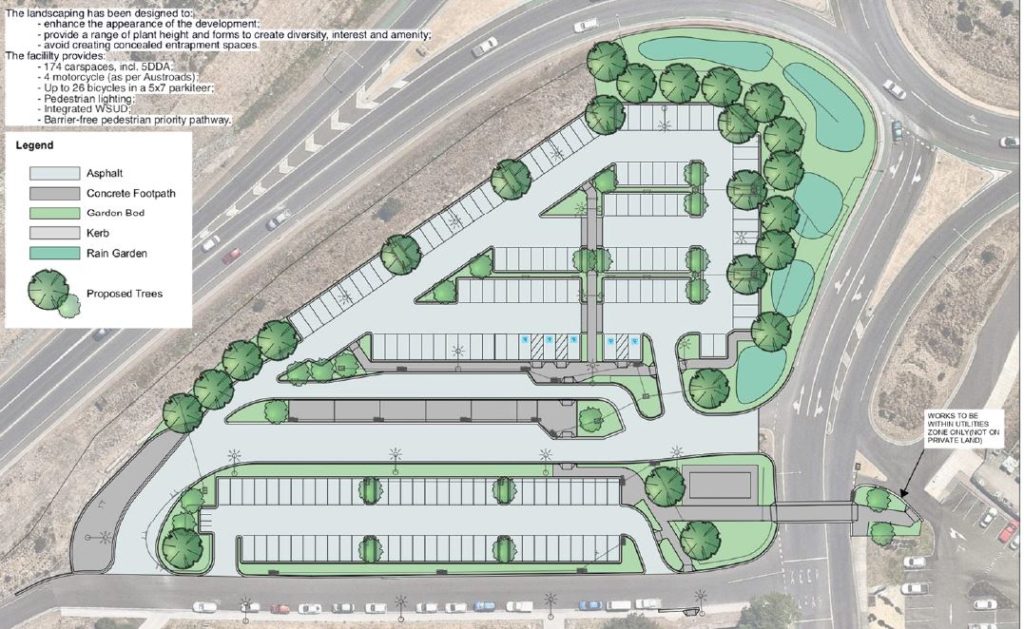 Development applications for the State Government’s Firthside and Huntingfield Park and Ride projects were approved at the Kingborough Council meeting held on the 3rd of May.

Kingborough Deputy Mayor, Jo Westwood said the $6.75 million Park and Rides were part of the Hobart City Deal project developed to alleviate traffic congestion to and from Hobart to Kingston.

“The Hobart City Deal is a formal partnership between the State, Federal and Local Governments, established to support greater Hobart with a reliable, sustainable and cost-effective transport system,” Cr Westwood said.

“Everyone who travels to and from Hobart during peak hour knows how frustrating it is being caught in the traffic.

“A huge number of Kingborough residents travel outside of Kingston for work and this congestion is only set to get worse, as our population ¬¬grows.

“These Park and Rides will give Kingborough commuters a chance to travel to and from town with the convenience free parking for their cars and bikes.

“The Park and Ride site at Huntingfield will cater for 174 car spaces including 3 disability spots.

“Huntingfield Park and Ride will have a Parkiteer, which is a bike storage facility, catering for 23 bikes with toilet facility next door.

“Firthside Park and Ride site will have 44 car parking spaces including 3 accessible spaces for people with a disability.

“Firthside will have spaces for 26 bicycles in a 5m x 7 m parkiteer.

“Both sites will be landscaped and contain a number of trees including native and introduced species.