Forty-spotted pardalotes are tiny birds found only in Tasmanian forests where their favourite food tree, white gums are present.

The small, rare birds are endangered and only found in distinct populations in south-eastern Tasmania, with strongholds on Bruny and Maria Islands and smaller populations in areas such as the – Tinderbox Peninsula and Southport

Kingborough Mayor, Paula Wriedt said the Council was pleased to have been able to link science and the community together to support the survival of this species.

“Recent research on the species, conducted by Australian National University Fellow, Fernanda Alves, has confirmed the importance of the Kingborough population to the survival of the species,” Cr Wriedt said.

While researching the Kingborough population ANU researchers found the birds were being attacked by a parasitic fly which laid its eggs inside their cosy nests.

They have been pushed to the brink of extinction because of the clearing of bushland and now among other threats, a parasitic fly threatens them,” Ms Alves said.

“The forty-spotted pardalotes are a highly specialised species that rely on white gums (Eucalyptus viminalis) for food.

“They build their nests in the hollows of trees combining grass, tree bark and soft material, such as feathers and mammal fur.

“When the chicks hatch the maggots burrow into their skin and feed on their blood; because the parasites attack chicks when they are young, their chance of survival is small and often the entire brood dies (on average four chicks). 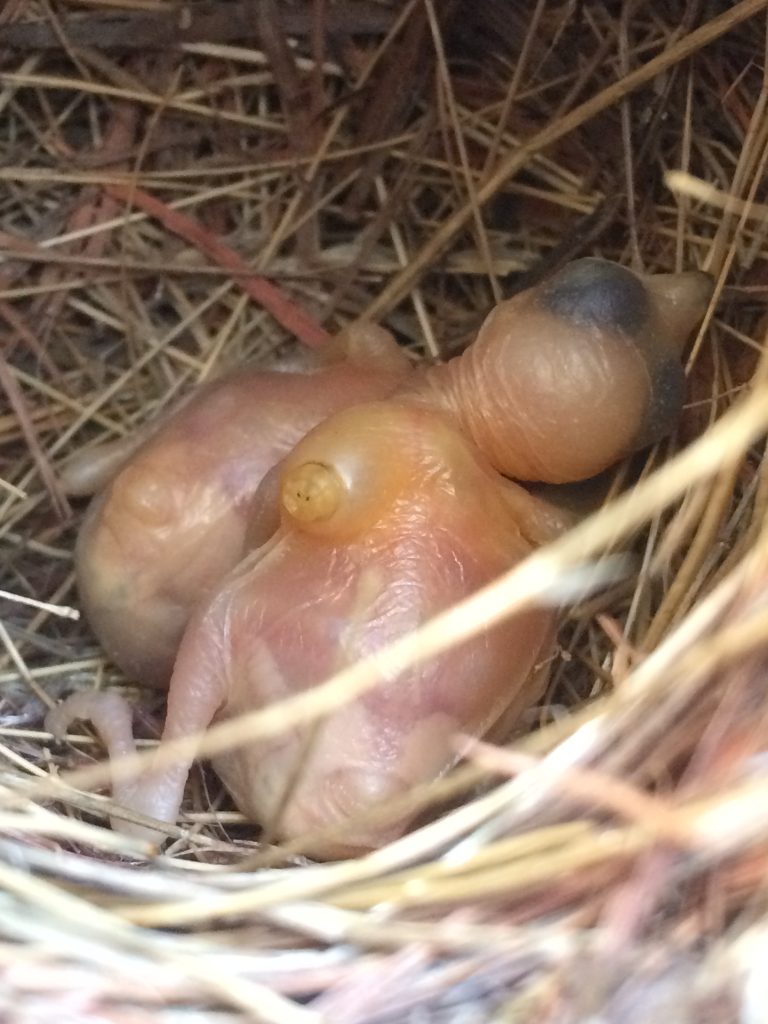 “It was really hard emotionally to collect the data, when you are climbing trees to check nests that you know and all you find are dead chicks.

“Inspired by the Galapagos Finches project, I wanted to develop a treatment for this parasite and came up with the idea of a feather dispenser.

“This method took advantage of their natural behaviour to build nests out of feathers found on the forest floor.”

Ms Alves built a wire meshed feather dispenser and inserted sterilised chicken feathers into it which were sprayed with an insecticide, that was harmless to the birds but deadly to the parasitic fly.

“This was good news for the pardalotes and we wanted to expand the project, which meant building a lot more dispensers before the current breeding season began.”

This is where Kingborough Council’s Natural Areas Interpretation Officer, Bridget Jupe stepped in to provide the local community connections and resources necessary to get the important job done.

“Fernanda had a lot of dispensers she needed built in a short amount of time,” Ms Jupe said.

“I approached the Blackmans Bay Scouts, a group we have been working with for over 10 years on environmental projects, including habitat restoration for the forty-spotted pardalote. 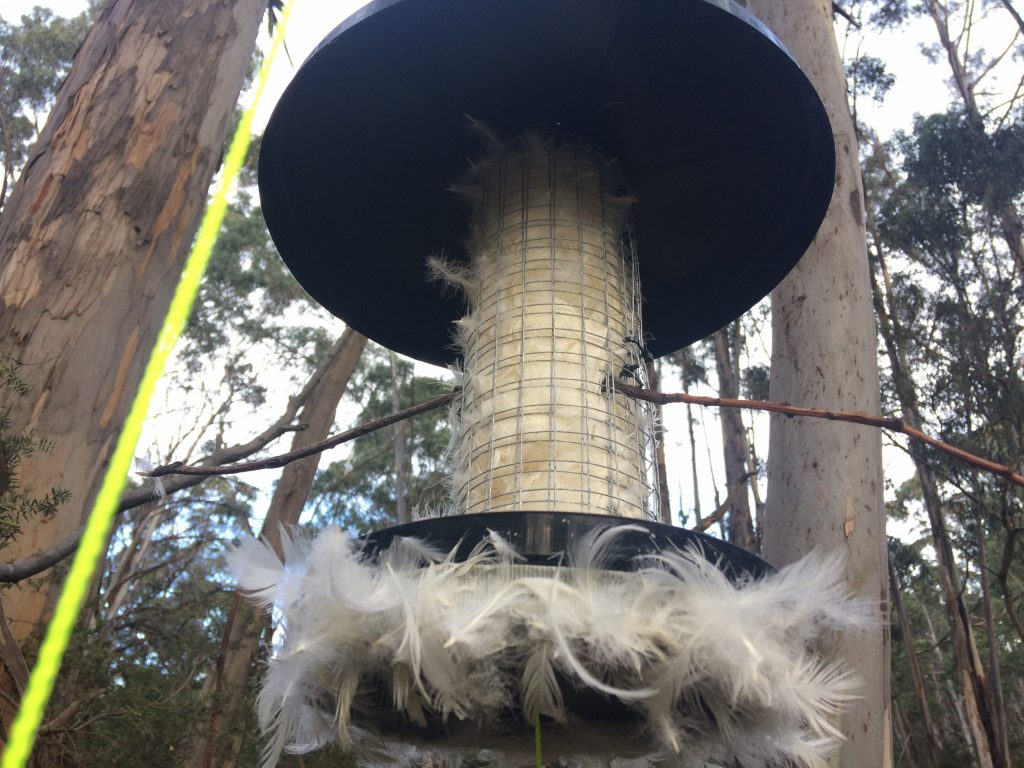 “This group had the skills and interest needed and donated a whole day of their July school holidays for the project.

“Guided by Fernanda, the Scouts built more than a hundred dispensers which have been distributed across North Bruny Island,” Ms Jupe said.

“Fernanda’s amazing invention, along with the physical help from the Blackmans Bay Scouts and the wider Bruny and Tinderbox communities are such important environmental wins for Kingborough,” Cr Wriedt said.

“As the insecticide degrades and the dispensers need refilling it will be an on-going effort by all the participants.

“As a Council, we are really committed to being part of this journey, protecting the Kingborough populations of forty-spotted pardalotes in Tasmania,” Cr Wriedt said.