National Water Week  (18 – 24 October) is held every year in the third week of October to raise awareness around the value of water.

Kingborough Mayor, Paula Wriedt, said this National Water Week Council wanted to highlight raingardens and the important work they did in reducing the amount of pollutants reaching our waterways.

“Throughout the municipality Council owns and manages a range of waterway assets used to protect our waterways from pollution,” Cr Wriedt said.

“A lot of people don’t realise what happens to the stormwater that falls on the roads, carparks and footpaths in their neighbourhoods.

“As stormwater water flows, it collects pollutants from the surfaces and washes them into our rivulets and stormwater systems.

“Raingardens are one of these assets that filters out pollution before it ends up in our rivers and creeks.

“Raingardens are small garden beds located in kerb buildouts on the edge of the road.

“They capture stormwater and use native grasses and rushes to remove pollutants that may have washed into the streets.

“The treated stormwater then flows into the underground network of stormwater pipes before being discharged into pipes and our creeks and river systems.

“As they are a relatively new concept, they are sometimes mismanaged by adjacent residents who do not understand their purpose.

“We are asking everyone this National Water Week to remember that what we put on the roads and footpaths ends up in the Derwent at some stage.

“As we are approaching the warmer months, Council also recommends that you avoid swimming in the Derwent after heavy rainfall, due to pollutant runoff from stormwater.”

The Derwent Estuary Program publishes the results of water quality tests from the Derwent each week through summer (beginning December) with the results published on both Council and DEP website. 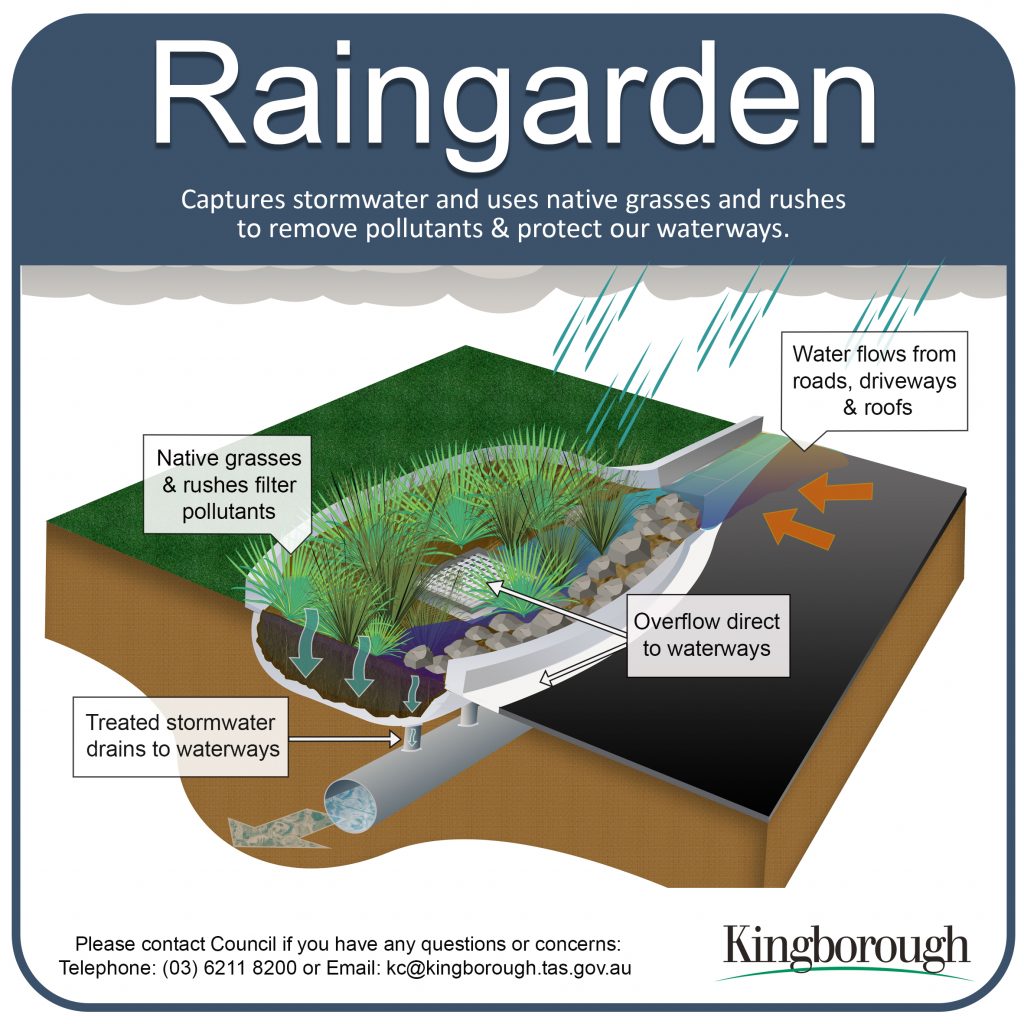