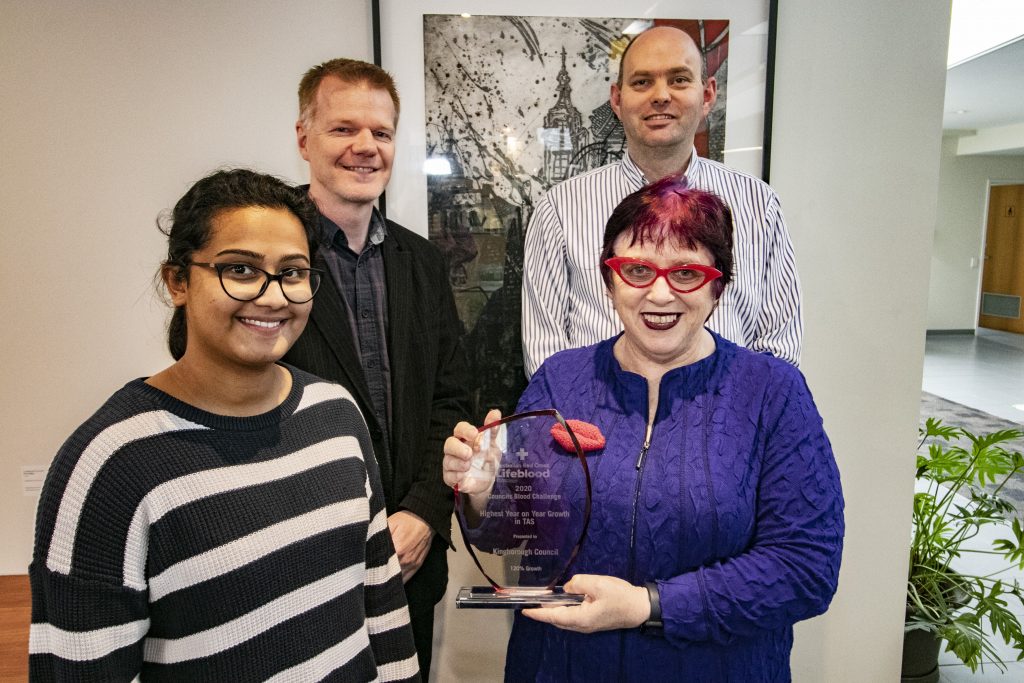 Kingborough Council and community have won the nation’s highest rate for year on year growth in blood donations in the Local Government Blood Challenge for 2021.

Kingborough Mayor said the Local Blood Challenge was a special blood drive which saw Councils, as well as their communities, competing to gain the most blood donations nationally.

“Kingborough came 23rd out of a national competition and saved 195 lives with their donations this year during the drive,” Cr Wriedt said.

“Taking out two other national categories, Kingborough won the ‘Most New Donors’ and ‘Highest Member Participation’.

“This is an amazing effort by many of our Council Staff who have been participating year on year in the Blood Challenge and saving lives.

“I’d particular like to thank Council’s Civil Designer, Liz Monaghan for her relentless effort at encouraging everyone to participate, she has done a great job and improved the lives of many.”