More from this section

Have you ever wondered how far and where your cat roams?

Using a GPS collar, Council tracked a local cat named Tic-Tac. We found that in one outing alone, Tic-Tac roamed well over one kilometre from home. His owner was horrified to learn that he was crossing busy roads and entering off-lead dog areas. Not only was his safety at risk but he regularly visited the local rivulet where bandicoots and other native animals live. Check out Tic-Tac’s story on Win News below.

A 2019 Australian survey found that 66% of 5385 cat owners had lost at least one cat to incidents related to roaming. Car accidents were the leading cause of death, but many cats just never returned home (Elliott et al. 2019).

This project tracked over 400 cats to help cat owners make decisions about the care and welfare of their cats.

Of the 428 cats that were each tracked for at least five days, the distance they roamed, ranged from about 0.1 to 31 hectares, with a median of 1 hectare (= approximately 10 average 1/4 acre residential blocks).

Male cats and non-desexed cats roamed the furthest, and 88% of the cats tracked had larger home-ranges at night.

177 cats that were described by their owners as being kept inside overnight were tracked, and it was found that 39% of them roamed over 1 hectare at night. 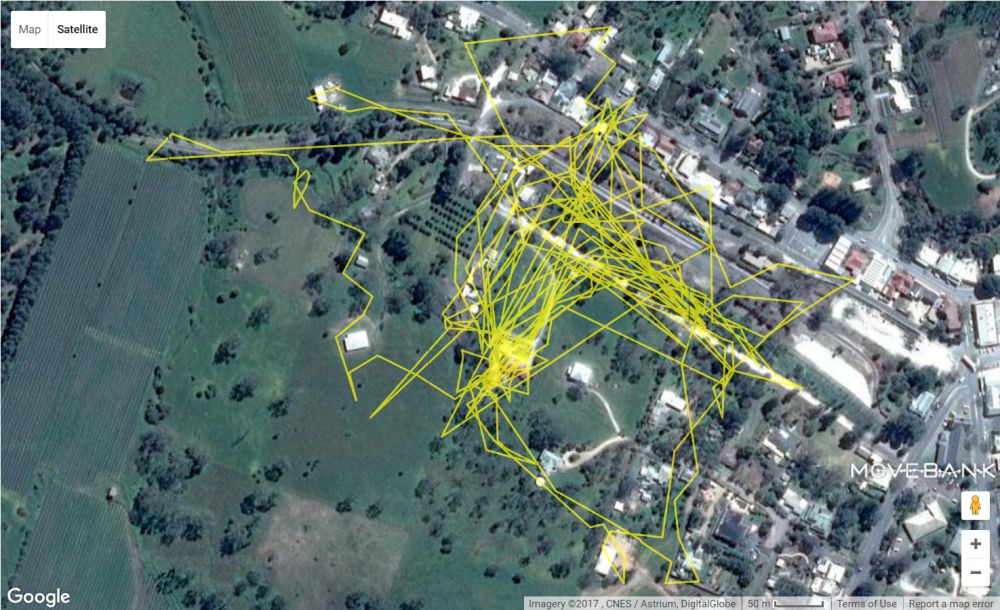 An example of the map tracking a cat over five days

Most respondents reported that cats roam in their neighbourhoods and 40% of respondents thought that roaming cats were a nuisance. The major concern was fighting with, or scaring their pets.

The study compared the personalities of indoor and outdoor cats and found their personalities to be very similar, suggesting that there is no negative impact on a cat’s personality when it is kept indoors.

The report gives interesting advice about cats with different personalities, for example, a ‘skittish’ cat may benefit from having hiding spots at home or an ‘outgoing’ cat (curious & active) may benefit from additional toys and play time.

A NW Tasmanian study recently tracked 11 cats for seven days – four of the cates were from urban areas; nine lived next to bush or agricultural land (urban-edge); and seven cats lived on large rural properties. The cats were all desexed with an average age of seven.

The two cats whose owners thought they were inside at night, roamed up to 0.5 hectares overnight – well beyond their property boundaries.

The average number of properties visited by the urban, urban-edge and rural cats were 12.5, 15 and 4.5 properties respectively. These cats are therefore potentially causing nuisance to a large number of neighbours and their animals.

Nine of the 11 cats crossed multiple roads a day and the majority roamed further at night.

An example of the map tracking a cat over 7 days