Kingborough Council is upgrading roads within central Kingston as identified in its five-year capital works plan.

Work is about to commence on the second stage of Goshawk Way and the John Street roundabout and upgrades to Channel Highway are planned for the future.

These upgrades will improve the road network in central Kingston.

The second stage of Goshawk Way will continue from the current section of road to the Huon Highway where a new roundabout will be installed.  At the same time, the roundabout at John Street will be upgraded and a new pedestrian underpass that leads from Kingston Park to the Kingston Wetlands will be built.

Goshawk Way is to be the main through road within Kingston Park.  It will provide an additional traffic option that will assist in taking the pressure off other roads such as John Street and the Channel Highway.  Goshawk Way is a wide road that accommodates some roadside parking and wide footpaths.  The image below shows the extent of the proposed roadworks (together with draft Channel Highway and John Street upgrades – the latter having been completed at the beginning of 2020). 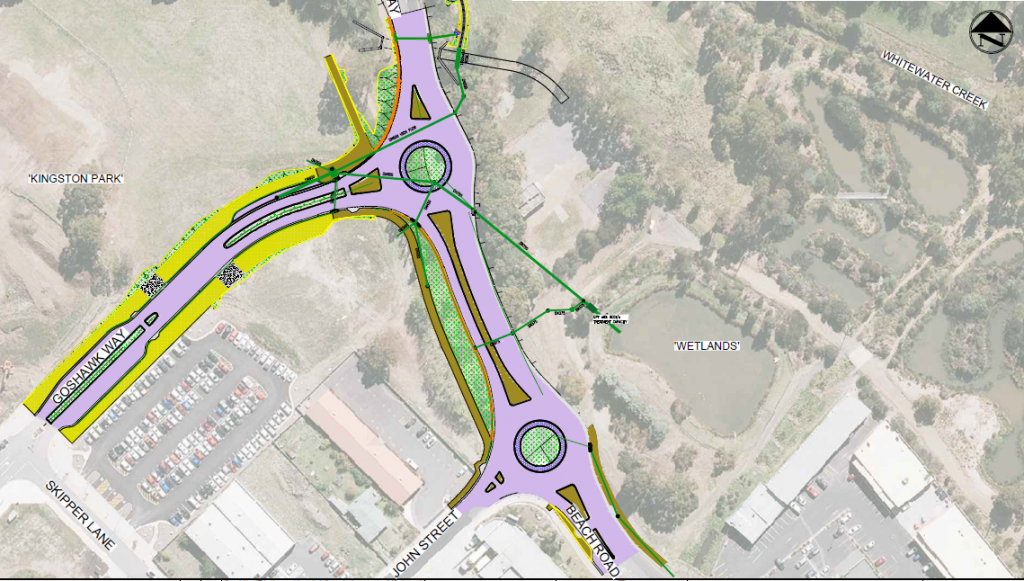 Construction of Goshawk Way commences in April 2022, with works expected to take approximately 6-9 months.  There will be some traffic delays as a result of these works, however major works will take place outside of peak times where possible and Council will communicate any potential delays with the community via social media channels and Council’s website.

A new temporary car park has been built and is open. It can be accessed off Skipper Lane within Kingston Park.

Fantail Parade (yet to be constructed) will be the main pedestrian spine that connects the Channel Court retail precinct with Kingston Park. As you cross over Fantail Parade, the connection continues along Pardalote Parade through the centre of the site.

Fantail Parade which will be south and east of Goshawk Way, is for pedestrians only and passes through the existing John Street car parking area. Fantail Parade will be constructed to a high quality with spaces for resting, outdoor eating, vegetation, public art and shelter.  Below is an artist impression of Fantail Parade. 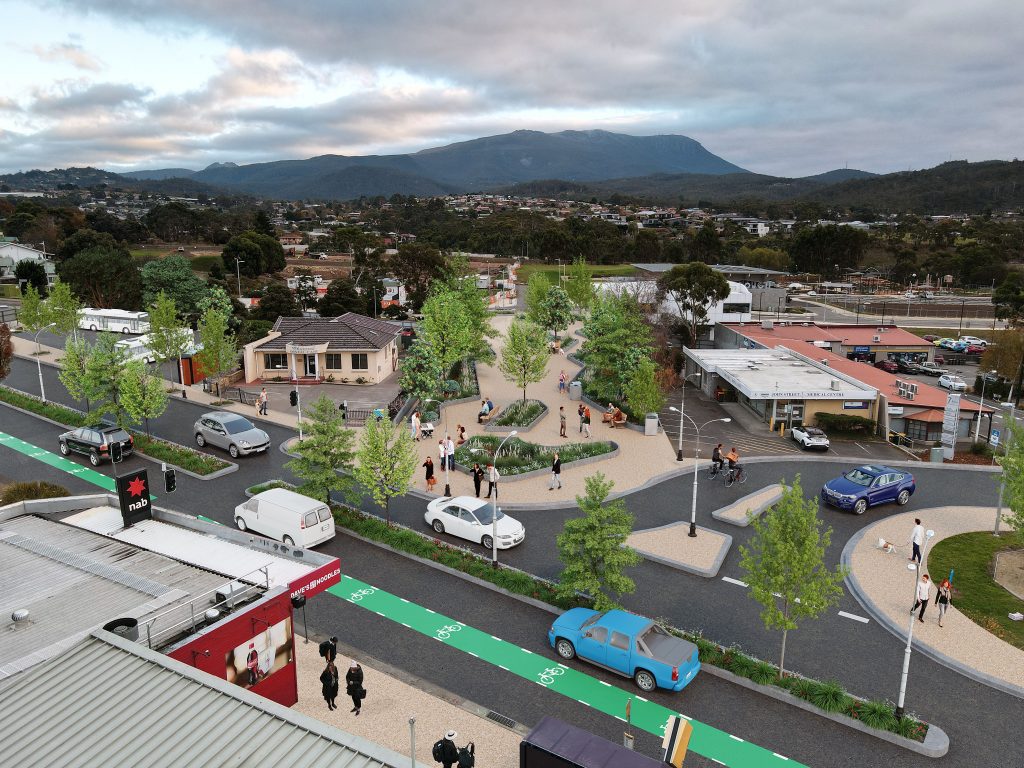 Pardalote Parade is to the north of Goshawk Way and will provides vehicle access, along with wide footpaths, to the playground and eventually to the residential areas in Kingston Park’s south western corner. Specific consideration will be given to safe pedestrian and bicycle access along the whole length of Pardalote Parade. The remainder of Pardalote Parade has now been constructed by Traders in Purple and opened to the public. 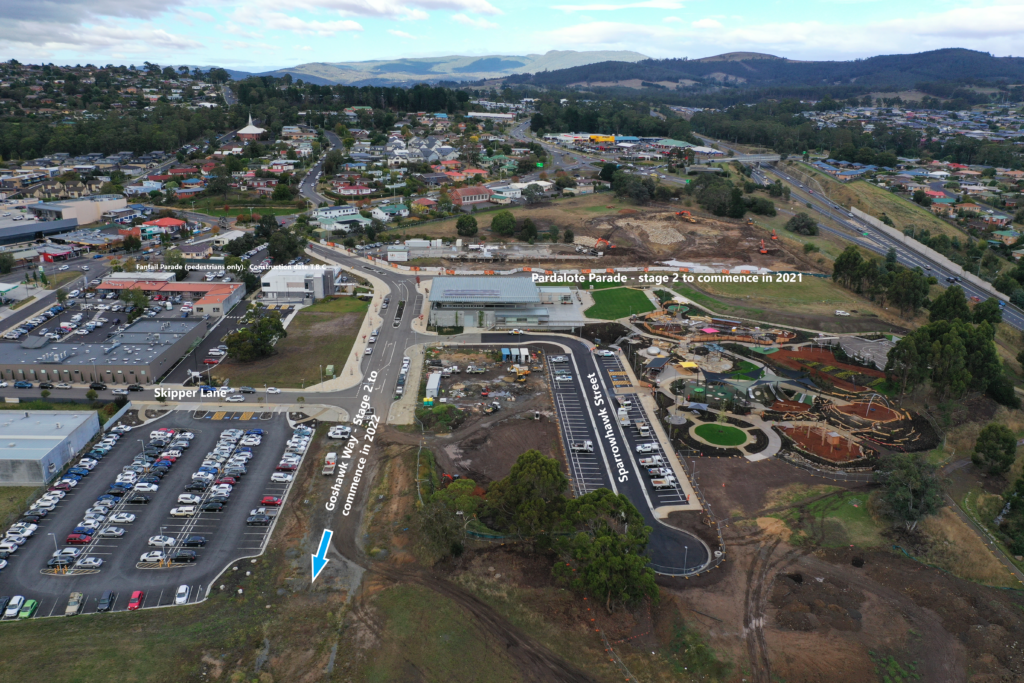